Completed all undergraduate and some graduate work at Leicester College of Art, Trent Polytechnic and Reading Universities in England.

Many of the objects depicted in Stuart Hamilton’s meticulously rendered drawings and paintings relate to specific times and places from his own history. They are earthly details taken out of context and laid out in geometric patterns, and – as arranged by the artist – they reflect a sense of calm and of order. In that sense, they are authentic representations of an organized world within a universe of chaos.

Some of Hamilton’s work refers to the place from which its subject was taken.

Many of the drawings use topographic maps as a substrate – with references to the Cumbrian region of his native Northwest England, as well as to various U.S. locations.

“Maps have long held a fascination – not merely as an aid in making my way in the world,” says Hamilton. “I had been working on stark white grounds, and I felt it was time to investigate other materials and surfaces. Additionally, the maps are frequently connected to place and memory.”

Currently, Hamilton has put the acrylic paintings on hiatus, choosing instead to draw with a variety of natural organic materials and pigments, such as powdered slate, graphite and iron oxide. Many of the stone subjects he portrays come from the Cumbrian beach of his childhood, and the San Pedro tide pools and beaches.

Whether using a rubbing technique to push pigment into the surface, or in the tightly rendered graphite drawings, Hamilton has created an even more intimate connection with the work. “I’ve chosen to focus on the beauty of the small and unspectacular from the natural world around me.” 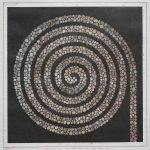 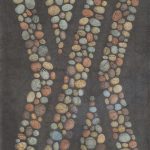 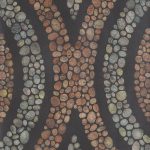 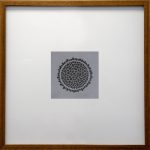 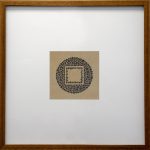 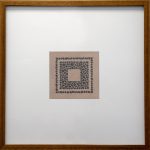 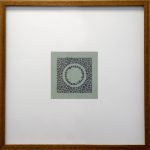